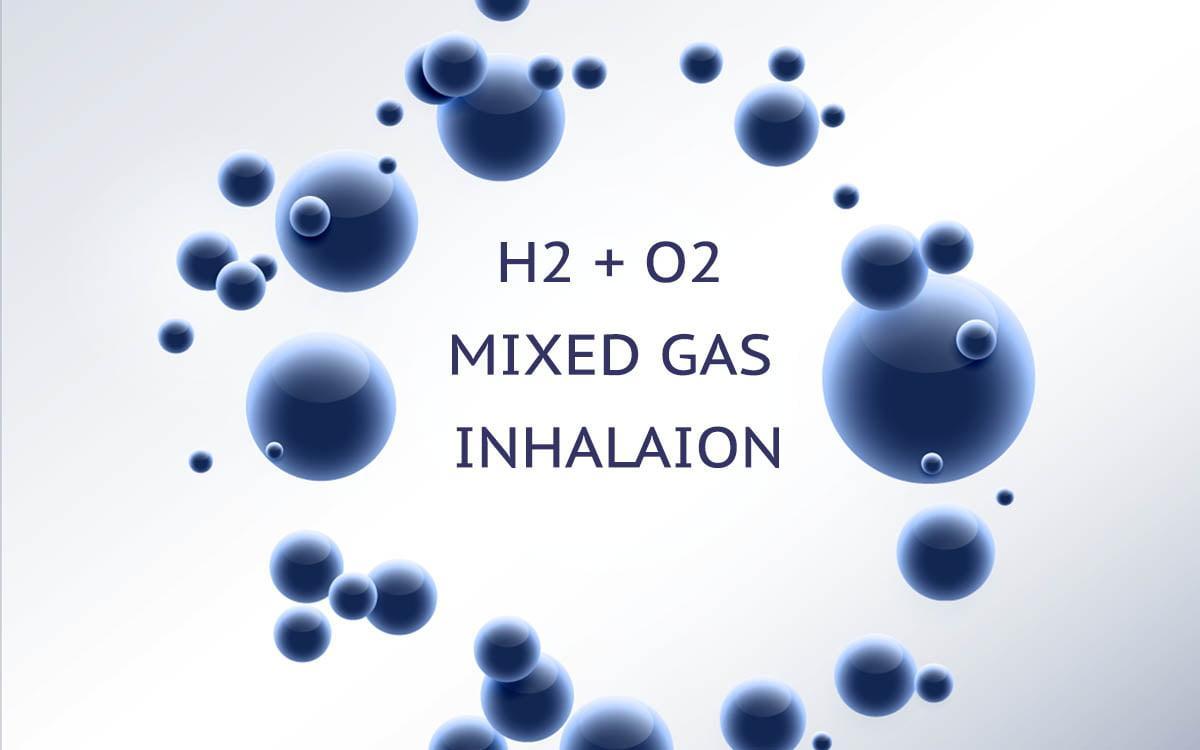 Hydrogen Oxygen mixed gas inhalation is a potent form of Hydrogen therapy that has seen increasing research in treatment of several conditions. Breathing a mixture of Hydrogen-Oxygen along with Helium in used in deep sea diving. Hydrogen keeps the body intact at bone crushing depths and is no doubt a unique and powerful element of our existence. Let us learn more about hydrogen-oxygen mixture and the benefits/applications of hydrogen/oxygen therapy based on published clinical research trials and studies.

Hydrogen and oxygen can be mixed together by simply combining the outputs of both the gases in a common tube or container. When water is electrolyzed, it produces oxygen and hydrogen at the voltage junctions of the electrolyzer. There are many methods for electrolysis of water. One of the latest, viable and efficient water electrolysis technology is known as Proton Exchange Membrane (PEM) Electrolysis. ​1​

Proton exchange membrane (PEM) water electrolysis produces high purity of hydrogen and also utilizes very little energy. ​2​ Solid polymer electrolytes (SPE) are utilized in PEM electrolysis of water to produce H2-O2. Nafion is a polymer utilized in the electrolysis membranes to separate hydrogen and oxygen from water molecules. The polymer is chemically resistant and durable. Platinum, iridium and other noble metals are used as catalysts and coat the polymer membranes.

A PEM SPE electrolyzer consists of a catalyst placed between two electrodes (cathode/anode) and two end plates. In this case, the catalyst is a Nafion with Iridium and Platinum used as anode and cathode, respectively. The gas diffusion layers at cathode and anode collect the gas for discharge and use.

The advantages of membrane-based electrolysis include no net carbon release into the atmosphere (only hydrogen, oxygen and water are generated during the operation), ease of replication and the ability to combine multiple layers into a stack.​3​

For therapeutic use of this hydrogen-oxygen mixed gas or oxyhydrogen, a ratio of 2:1 is utilized in most studies, that would translate into a mixture of about 66.6% hydrogen and 33.3% oxygen. This would also be the default ratio of hydrogen and oxygen produced when electrolyzing water. Hydrogen/oxygen therapy machines generally provide separate outputs for hydrogen and oxygen, so the machine can be used in various configurations (H2, H2-O2,O2).

New hydrogen therapy research is coming out all the time. Inhalation of pure hydrogen has shown to reduce epithelial apoptosis (tissue death) in ventilator-induced lung injury. ​4​ It’s easy to image why hydrogen would be needed in ICUs. Currently much research on hydrogen-oxygen mixed gas inhalation is for chronic inflammatory respiratory conditions including asthma​5​, pulmonary fibrosis​6​, and acute symptoms of viral infections.

In a multicenter RCT, inhalation of hydrogen and oxygen mixture was found to be superior to oxygen therapy in acute exacerbation of chronic obstructive pulmonary disease (AECOPD). Hydrogen/oxygen mix gas inhalation resulted in reduced cough as per the Breathlessness, Cough, and Sputum Scale (BCSS) employed in the study.

In 90-day clinical trial assessing the safety and efficacy of H2-O2 inhalation therapy, a curative effect was noticed from the second week until the end of the trial in patients with severe COPD arising from viral infection. These findings are further supported by results from a multicenter open-label clinical trial where hydrogen/oxygen therapy was found to improve resting oxygen saturation levels, shortness of breath and reduce chest pain and to an extent where it can prevent progression of illness. The Oxygen in Oxy-hydrogen increases cell oxygenation and the hydrogen provides protective effects. These actions help recover recover poor blood saturation levels of O2 and reduce the inflammatory response, thus reducing the likelihood of Type 1 respiratory failure.

In a recent study, it was found that breathing hydrogen-oxygen mixture may improve breathing in acute severe tracheal stenosis and can be used for this purpose safely.​7,8​ The symptoms of tracheal stenosis include fatigue, wheezing, coughing or shortness of breath, including difficulty breathing, a high-pitched squeal coming from your lungs when inhaling, pneumonia or upper respiratory infections, asthma, chest congestion, apnea among others.

One recent study gives weight to why we like hydrogen inhalation machines that also add oxygen to the mix. In this new study, the scientists found benefits with hydrogen inhalation on hearing improvement in patients with deafness after radiotherapy/chemotherapy.​9​ The earlier animal studies on molecular hydrogen for tinnitus were also quite encouraging for tinnitus.​10​ Further clinical trials are currently underway to assess the benefits of hydrogen/oxygen inhalation for hearing loss.

H2 has shown anti-inflammatory and antioxidant ability in many clinical trials, and its application in the latest trials have been favorable. A Clinical Guidance issued by the Chinese National Health Commission, recommended the inhalation of oxygen mixed with hydrogen gas (33.3% O2 and 66.6% H2), bringing H2 to the forefront of contemporary therapeutic medical gas research.

Thousands of clinical studies from across the globe have demonstrated that molecular hydrogen is a unique antioxidant. Access our research review on hydrogen inhalation benefits to learn more about the latest research on hydrogen-infused water and H2 inhalation.

Interested to learn more about the benefits of pulsed electromagnetic field (PEMF) therapy and other wellness technologies? We’ve been publishing research reviews for more than 10 years. Hope you find them helpful in your research! 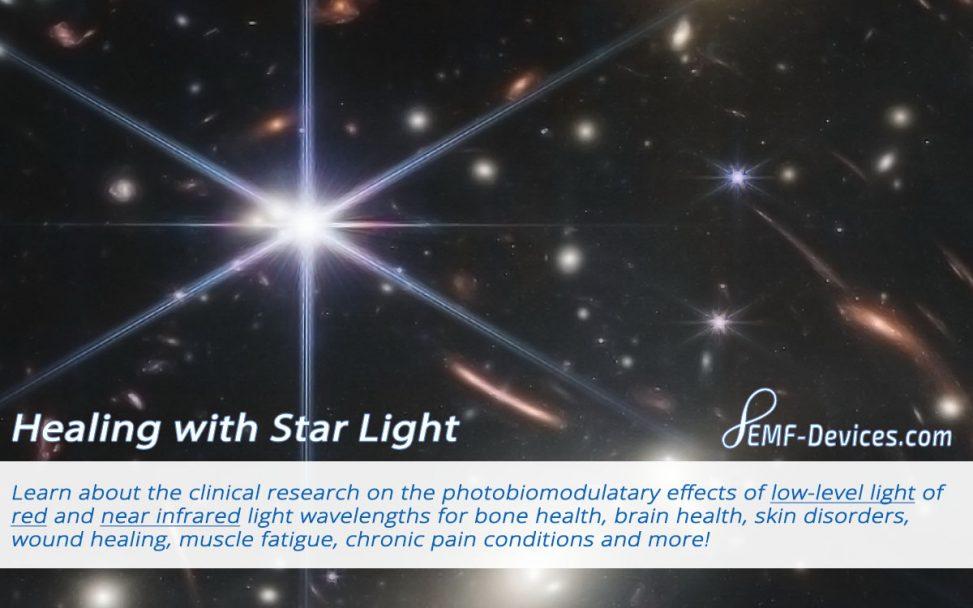 Learn what is low-level light therapy (LLLT), how LLLT works and what are the effects and benefits of low-level laser or cold laser therapy based on published clinical research.
END_OF_DOCUMENT_TOKEN_TO_BE_REPLACED 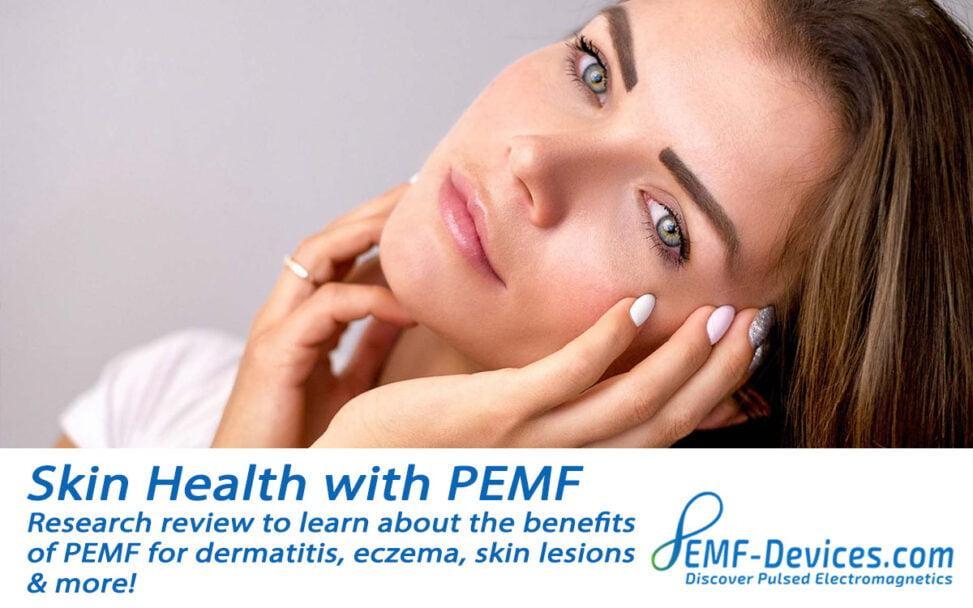 For anyone wanting age defying skin health, PEMF is the answer to your prayers and will help you save a lot of money spent on lotions or skin creams. Learn why PEMF therapy is a useful tool to combat skin problems like Eczema or Psoriasis.
END_OF_DOCUMENT_TOKEN_TO_BE_REPLACED 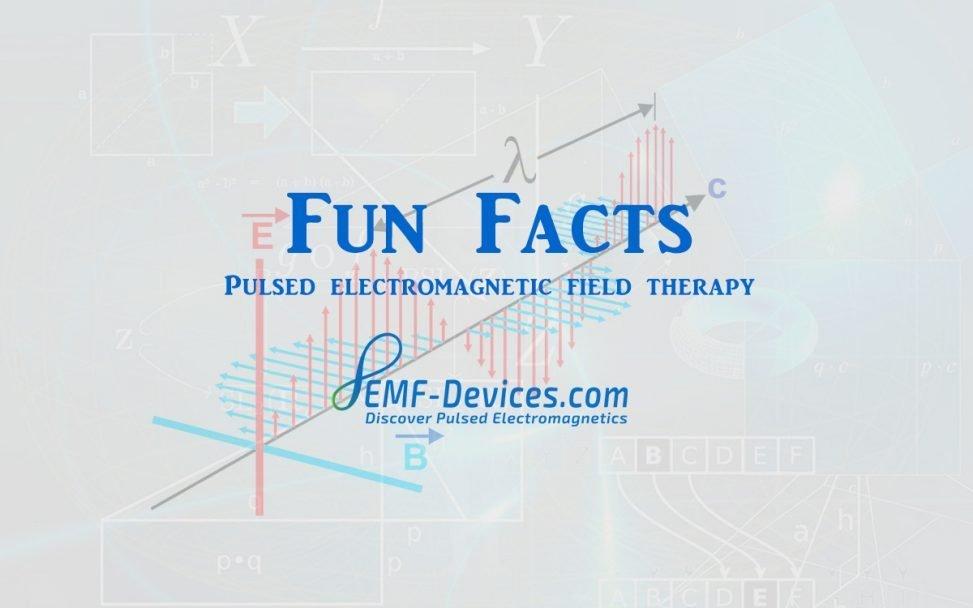 Facts about PEMF you may not know

Facts about PEMF you may not know 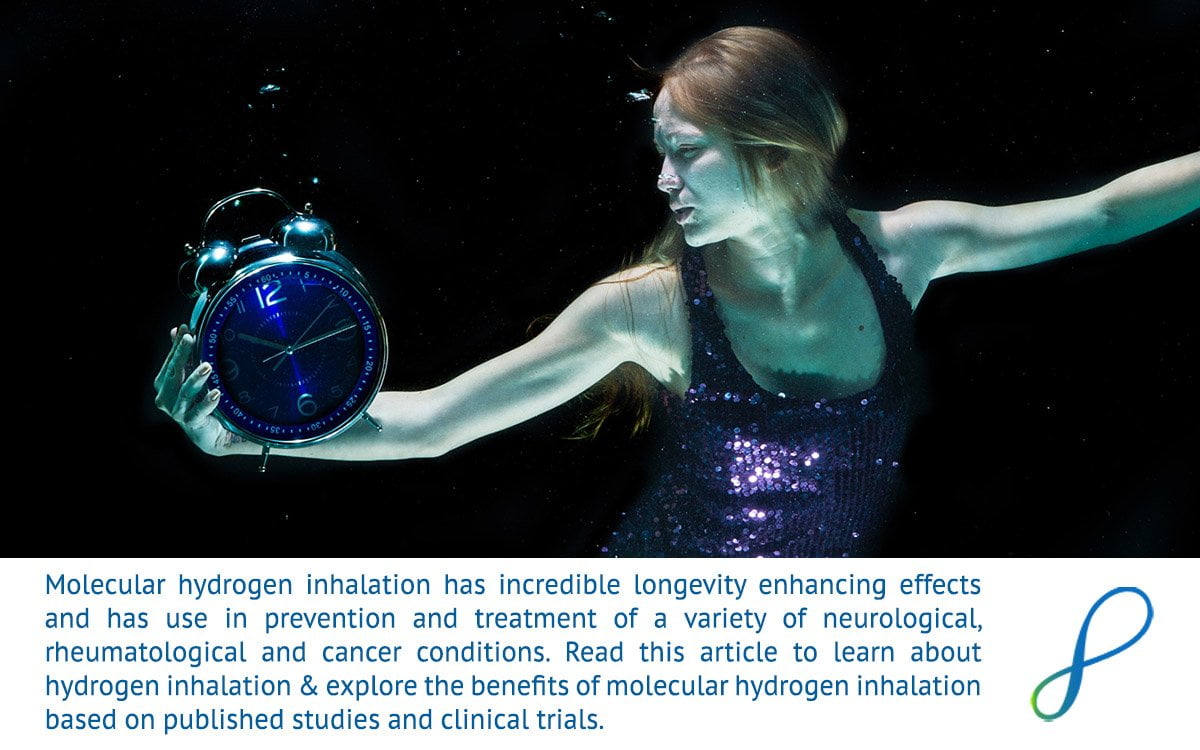 Hydrogen has shocked, it has surprised, it has humbled, and again and again, it has guided physicists to new vistas of thought. And now it’s time for hydrogen to do its magic in the field of longevity.

Hydrogen is taking modern technology by storm as hundreds of scientific studies are being released all of which indicate that millions of lives can be saved, and much suffering avoided when hydrogen takes the lead position in treatment protocols.

World's Best, Delivered to Your Doorstep! 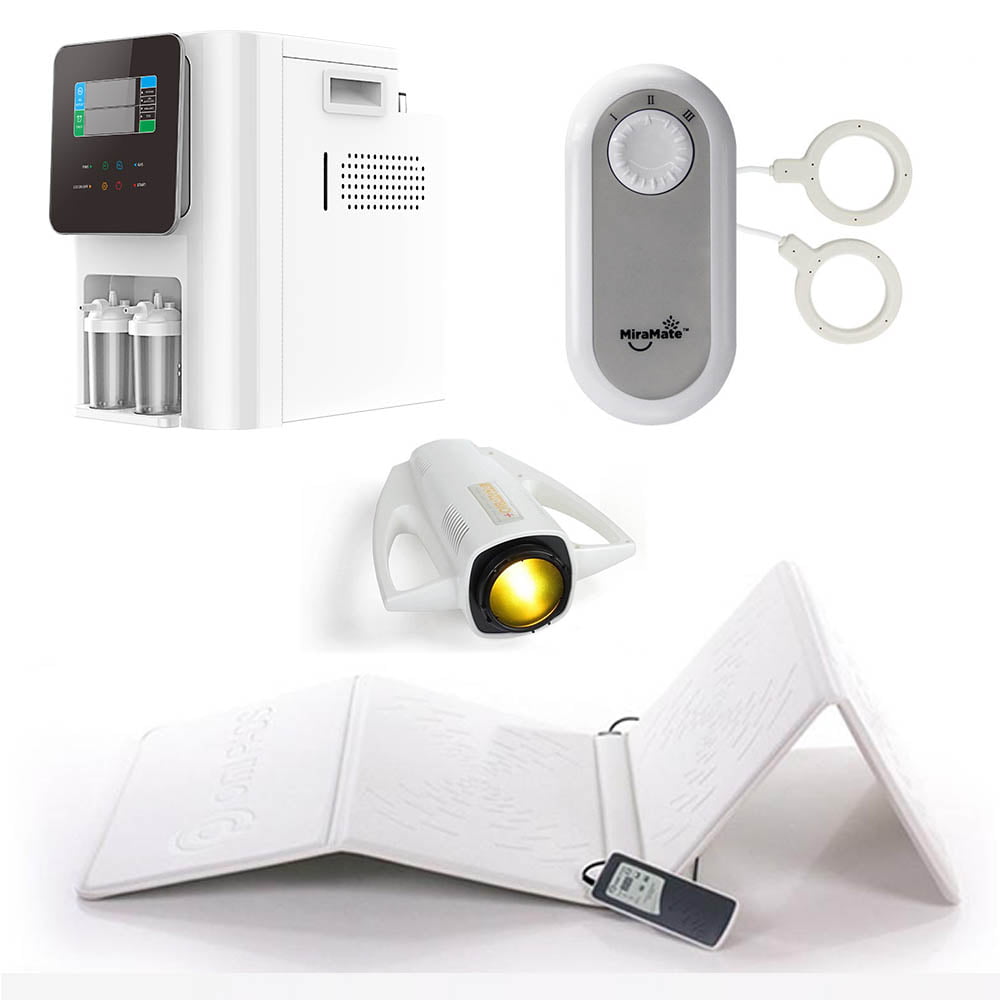