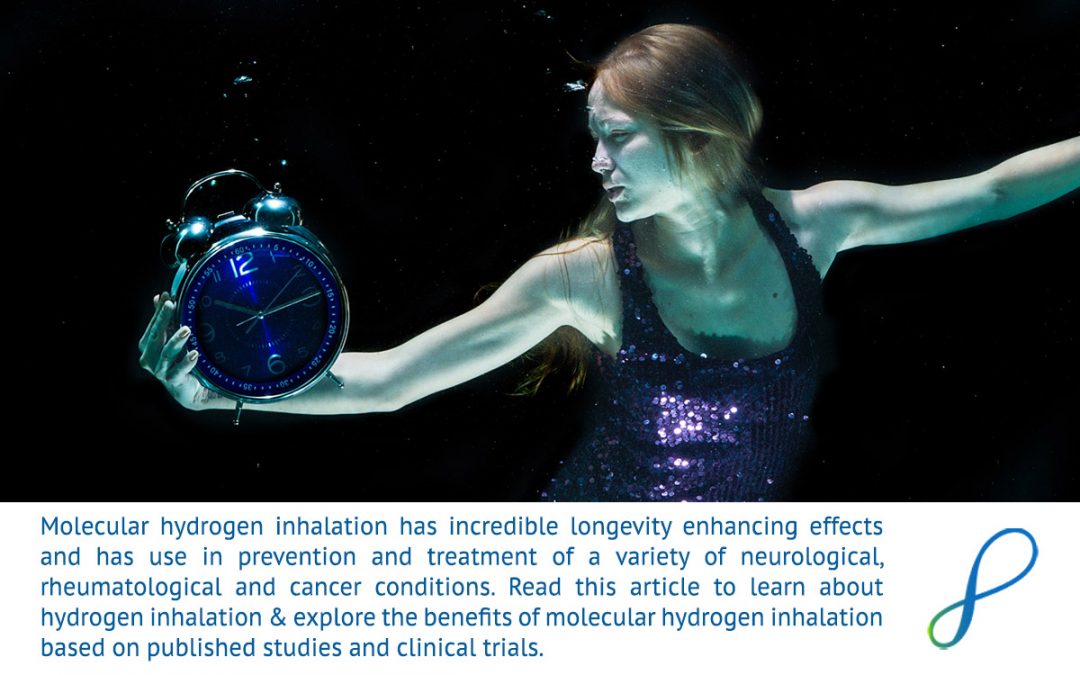 Until many years back, it was believed that hydrogen gas has no therapeutic value, however in the last two decades, research on molecular hydrogen shows that it may be one of the most important medical gases today. Hydrogen gas is the smallest known molecule and can easily permeate all tissues including the blood-brain barrier. Molecular hydrogen can be inhaled using a hydrogen inhalation machine, and hydrogen gas can also be applied externally and is absorbed easily by all tissues when inhaled.

How is molecular hydrogen produced and applied for health benefits?

Hydrogen gas bubbled through distilled water dissipates small amounts of hydrogen molecules in the water. Concentration of H2 molecules in hydrogen infused water is quite low, about 1-2 ppm.

So to intake 600 ml of hydrogen simply by drinking hydrogen-rich water, you would need to drink quite a lot. However this can be achieved in 1 minute with some of the hydrogen inhalation machines.

A 2012 study in collaboration by scientists from United States and Japan shows that for the delivery of H2 to any particular treatment area in the body, it needs to be in the blood first. The presence of H2 in the blood is best with hydrogen inhalation compared to other forms including intravenous administration.​1​

Molecular hydrogen benefits many health conditions as hydrogen is an incredible anti-oxidant​2​, anti-inflammatory and has anti-apoptotic neuroprotective effects​3​. This means that it affects the cells to self-repair and be more resilient.

Excited?! It’s no wonder that the universe’s simplest known molecule is the building block of life. It’s almost 63% of the body actually if you consider the weight to size ratio!

Let us more learn about molecular hydrogen benefits based on published clinical studies and trials.

In a study from Ehime University, Japan it was concluded that hydrogen inhalation provides benefits in heart disease by reducing oxidative stress and could safely be applied at home as an effective strategy for prevention of vascular diseases such as atherosclerosis.​17​

In 2016, a pilot clinical trial by Japanese scientists for feasibility and safety of hydrogen inhalation for post-cardiac arrest syndrome was conducted. They found that hydrogen inhalation combined with target temperature management survived with a favorable neurological outcome.​18​

In 2017, scientists and doctors from Keio University School of Medicine, Japan, conducted a clinical trial where hydrogen inhalation was found effective for Post-Cardiac Arrest Syndrome. Hydrogen gas therapy was found to be feasible, safe and could promote recovery even six months after an angioplasty with stent or Percutaneous Coronary Intervention for ST-Elevated Myocardial Infarction.​19​

They found that hydrogen inhalation is safe and improves oxygenation. Also they found the MRI signal intensity at the stroke site improve in Hydrogen gas therapy patients. Decent improvements were found in all parameters including physical therapy and neurological impairments. The treatment consisted of 1 hour of 3% hydrogen inhalation. Simple.

Molecular Hydrogen certainly has potential for use in cancer therapy. In a RCT by scientists from University of Pittsburgh, United States, cancer patients receiving radiation therapy were given hydrogen infused water. They concluded that daily consumption of hydrogen-rich water improved quality of life and reduces radiation induced oxidative stress in these patients.​21​

Evidence is now emerging that Hydrogen Inhalation is an advanced cancer treatment. In multiple ethical trials in China, hundreds of Stage 3 and 4 patients were given hydrogen gas treatment. On the basis of these trials, it was established that hydrogen inhalation can control progression of cancer in 85% of stage 3 and 47% of stage 5 patients.​22​ This is a breakthrough meta-analysis study that could bring molecular hydrogen to the forefront of cancer clinics worldwide.

In another clinical trial, hydrogen therapy was used to control tumor progression and reduce the side-effects from medications in patients with advanced non-small cell lung cancer. It was concluded that hydrogen inhalation can significantly benefit such patients and can be combined with chemotherapy, targeted therapy and immunotherapy to improve the outcomes.​23​

As we can see from plethora of published research studies and clinical trials, benefits of hydrogen inhalation as an upcoming gas therapy is that it can provide immense relief in many conditions and can also act a protective agent against diseases and aging. We hope that researchers and doctors take interest in such a simple and natural solution to help improve outcomes for years to come.

Most Ordered Products This Month 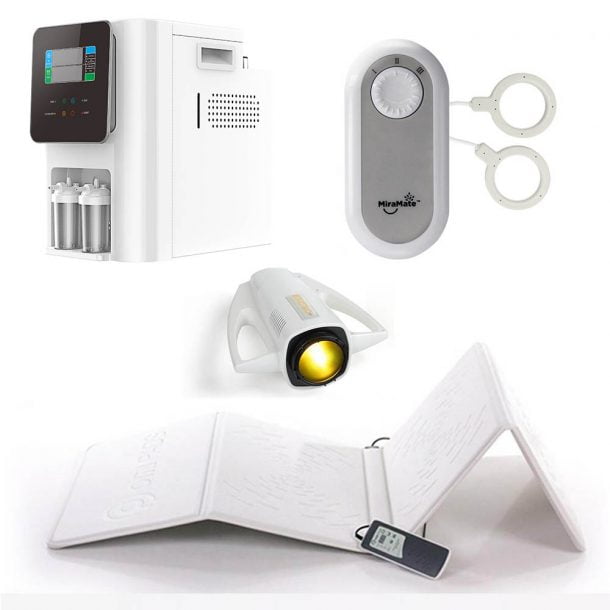 World's Best, Delivered to Your Doorstep!